Frugal Living Tips From The Great Depression And How People Survived

It was on October 29, 1929, when the stock market crashed leading to a noticeable depreciation in economic activity. The period was an alarming one because the market had been tottering on the edge for a while before it imploded into what became known as “The Great Depression.”

Keeping all of this in mind, the world continued to sustain itself and powered through. How was this possible? What decisions led to certain individuals surviving and others failing to come out of the depression with some semblance of control?

Here’s a detailed look at frugal living seen through the lens of The Great Depression in all its glory. This is perhaps the most important economic downturn to date and we must learn to extract those tough lessons to help shape a better future for all of us.

How Did People Survive The Great Depression?

Surviving wasn’t easy after the economic collapse as most people were left needing viable income sources. Businesses were struggling to make ends meet, the stock market was plunging, and the average person was getting shut out of job opportunities. 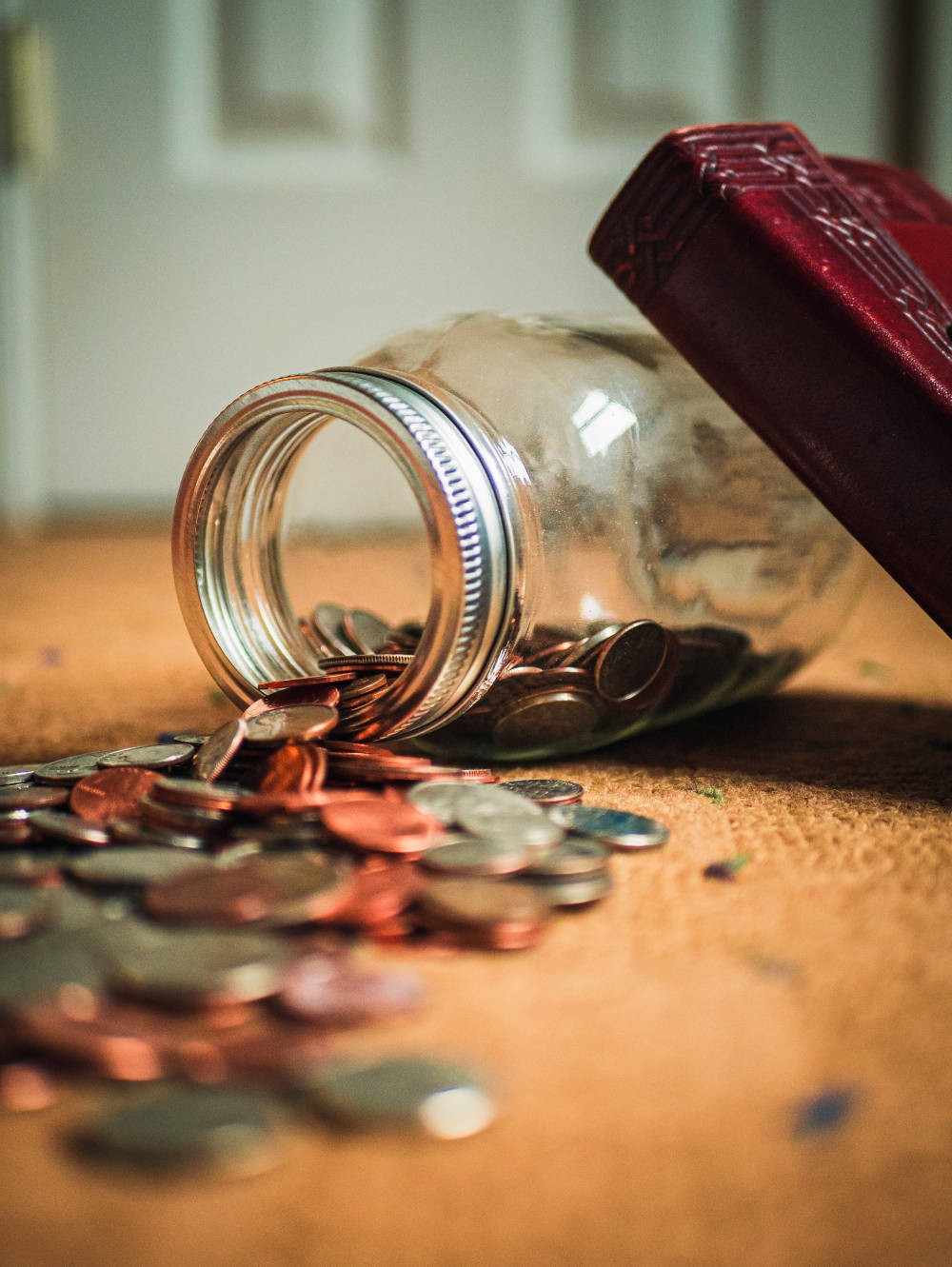 So, how did people survive this time in their lives?

It involved understanding the fundamental concepts of surviving. This meant growing food at home, completing menial tasks around the neighborhood, and refusing to use credit. Once these routines were established, it became easier to survive the pressures of The Great Depression and all that it entailed.

What Lessons Can Be Learned From the Great Depression?

One of the more common lessons that can be learned from The Great Depression involves building multiple income sources.

Research shows there was a noticeable uptick in the quality of life for those noted as being “Jack of All Trades” during the economic collapse. This meant they could pick up new skills and complete tasks that others were unable to.

Due to this, they continued to power through the economic downswing by picking up multiple jobs around town. With time, they were able to build up a good head of steam and continued to save money waiting for the economy to recovery. It also allowed them to become stronger candidates for those who were willing to hire.

2) Eliminate the Use of Credit

Using credit was a major concern when it came to The Great Depression.

When a person is losing money and they need to maintain their lifestyle, it becomes easy to look towards lenders for a bit of assistance. The same was happening at the time and it was leading to a significant amount of debt piling up for those unwilling to adjust.

This is why it’s recommended to eliminate the use of credit. It will only weaken your financial situation and is going to make it difficult to recover even when the economy improves.

Growing food is a wonderful lesson to take from that period in history.

A mandatory expense involves finding food to eat and that’s something you can’t do away with. As a result, families started growing their food in the yard and eating from there.

This allowed them to save a significant amount of money that would have been spent at the local supermarket. Plus, the more experience they picked up through growing food, the easier it became to perfect how those fruits/vegetables tasted.

With the amount of information available on this subject now, you are going to be well-positioned to make adjustments and build a sustainable home garden.

Reusing old items was common during The Great Depression.

The average family was looking to take old items and rework them into something useful. This included furniture, clothing, equipment, and anything else they could get their hands on. The idea was to take these items and either use them or re-sell each one for a profit on the open market.

Having this type of option still plays a role to this day when the economy falters. You have to learn to avoid paying large amounts on new items when it’s generally unnecessary. It’s better to figure out how to reuse old items and keep them running for years to come.

When the economy is strong, it’s these habits that strengthen your resolve.

How Do You Survive The Coming of Depression?

A common thread that was seen between successful families during this period involves planning. This includes investing with the future in mind, stocking up on old items, and making sure they were prepared for an upswing in the economy.

Being able to plan is essential when it comes to preventing catastrophic damage to your financial situation. A person that is prepared for these emergencies is going to find it easier to stay calm even as the economy plummets around them.

This is a key part of surviving and thriving in the long-term.

2) Focus on the Basics

It’s the basics that are going to matter at the end of the day.

If you are getting good food to eat, clean water, and a roof over your head, the rest is going to sort itself out over time. As a result, this is where your focus has to be for an economic depression.

Too many people lose focus and think about other things once the economy starts trending in the wrong direction.

This can lead to taking loans, panicking, and not focusing on basic human needs.

It’s best to have as many new skills as possible in your back pocket. This is going to make you a versatile, meaningful asset in the workplace down the road.

Right now, you may find it easy to land a job that’s built around your core skills, but what happens when companies start cutting workers?

These individuals will have to go somewhere and only those willing to pivot are the ones that are going to thrive. The rest are going to be left sifting through a handful of jobs that are receiving thousands of applicants per day.

This is why it’s recommended to continue to increase your skillset as a worker and it doesn’t always have to be in your industry. Pick up new skills that are unrelated to what you do. This is going to make it easier to adapt even when things are spiraling out of control economically.

You have to be mobile as an individual when it comes to economic depressions.

A person that is rigid and continues to live in the same spot will be left with a limited pool of jobs. This can make it difficult to receive interviews and a consistent paycheck.

When the economy plummets, you have to be flexible and this includes moving to different parts of the state/country.

What Should I Stockpile For Depression?

Storing food is one of the best things a person can do when it comes to surviving.

Just set up a small pantry at home and continue to stockpile canned goods and other storable food items. This is going to make it easier to eat when you lose your job due to economic depression.

Plus, due to the panic, it can become difficult to find viable food sources even if you have the money! As a result, it’s better to stock up when you have the opportunity to do so.

This is a basic human requirement and isn’t going to go away regardless of what’s happening.

You are going to need clean water to stay healthy and clean. As a result, you have to stock up on water and have it ready to go whenever you require it.

It’s best to have bottles set up in your pantry because the water is going to stay fresh. This is a great way to have a refreshing source of water readily available at home even when it’s not easy to buy locally.

What are you going to be wearing during this period?

It’s not easy to go to the mall and pick up clothes when the economy has faltered and you have lost your job. This is common during depressions in the economy, which means you need to reuse old clothes. Both men and women have to be frugal in their fashion and the way they choose to dress during such a time.

Stock up on clothing items for these times, so you are well-equipped and don’t have to make purchases when you don’t have the means to do so.

It’s also recommended to learn how to tailor your clothes and rework them so they last longer. This is another one of those skills that make a difference in pushing through an economic depression.

You may never know when these supplies are going to be needed whether it’s a flashlight, knife, or anything else that is going to be handy at home.

Remember, a lot of things spiral out of control when the economy weakens. It’s better to be prepared, so you are ready even if the light goes or something isn’t working the way you had planned. Only those who assume things will work out on their own are the ones that struggle most.

Surviving is key and it goes beyond making money.

Can the Great Depression Happen Again?

The Great Depression was caused by rash policy-making, sudden fluctuations in the market, and an unwillingness to budge before the market collapsed.

Keeping this in mind, The Great Depression can happen again but it’s unlikely. Most economies now settle into recessions before bouncing back.

However, even the remote chance of something like this occurring is more than enough reason to stay prepared. When these economic depressions take place, the damage can be extensive and you may not have the time to react appropriately.

Frugal Lessons from the Great Depression

The Great Depression is all about building your skillset, adjusting, and learning how to grow your food.

Once you learn these skills, you are going to find it easier to plan. The Great Depression was a tough period in history, but it was possible to adjust for those willing to do so.

Take the time to understand what could happen and prepare right now when you have the means to do so. Remember, in a state of panic, it’s not possible to do some of the things you want to. Everyone starts rushing to the supermarket in the hopes of buying food/water, but there’s only limited supply out there to satisfy a sudden rush in demand.

A person that is on top of things can react right now and remain ten steps ahead when the economic depression arrives. 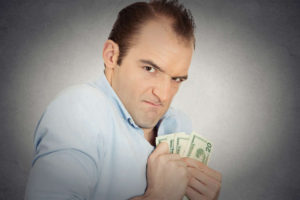 What Is the Real Difference Between Being Frugal and Cheap? 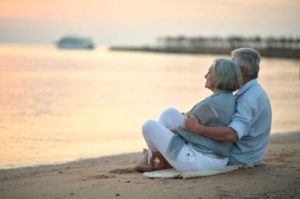 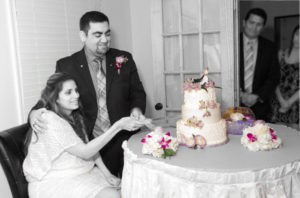 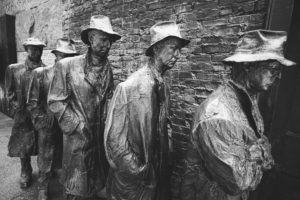 Frugal Living Tips From The Great Depression And How People Survived

Hey there, I’m Rod! And yes, I’m a real human. The short of it is that my wife and I struggled with saving money for many, many years. This negligence put a lot of pressure on our family, for years! We finally got things under control a few years ago. I created this site to share some of the mistakes we made and what we learned from them, and also to share tips on how others can be more frugal with their spending habits. With everything going on in the world these days, I believe this is a critical skill that everyone should master. Welcome.

Have questions, comments, or suggestions for us? Awesome! I’d love to hear them.